Posted on April 21, 2014 by TWPmaverickspring 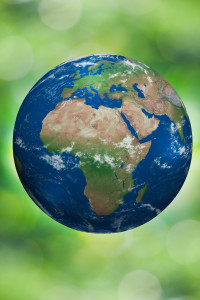 Hardly a day goes by where we’re not reading about the dangers of air pollution—because it’s growing, and the complications are evident. This scourge of the modern world is being blamed for everything from the rise in asthma rates and cardiovascular disease to poor childhood development. The problem has become so bad that a recent study claims approximately 7 million people worldwide are killed every year from air pollution.

So, what exactly is causing this life-threatening boom in air pollution? Unfortunately, there is no one simple answer, but we have broken down a few individual factors and to help identify the possible culprits.

With one new human born every 8 seconds, the world is filling up quickly. North America alone now is home to more than 356 million people. As we become more reliant on modern technologies such as cars, computers, air travel, and even air conditioning, our demand for energy is skyrocketing. A higher demand for goods means more production/manufacturing and pollution-heavy factories. This also covers the chemicals used in food production.

If it has a motor, odds are it runs on fossil fuels. More than 87 percent of the world’s energy consumption comes from coal, natural gas, and oil. Added to this is the recent shale oil and gas boom in North America (especially in the Northern U.S. and Western Canada) over the past decade. This has lowered fuel prices, increased usage, and introduced plenty of pollution from production. To understand the levels of production, you only need to know that Canada is now the third largest natural gas producer in the world.

Getting You from Here to There

In the end, air pollution is a vicious cycle.  Modernity brings mind blowing advances in technology, which means longer life spans, more people, more products and services, and so on. The only real way to stop the damage is to find a way to limit emissions. In our next blog, we will be covering some of the ways the world is attempting to stop, or at least slow down, air pollution before it is too late.